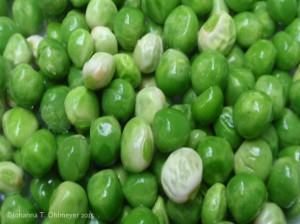 The problem of producing enough food and avoid worldwide starvation, was solved at the end of the 19 Century. First, by fertilizing fields with nitrogen-rich bird droppings called guano, and when this source was depleted, by the use of nitrate from nitrate-rich soil of the Atacama Desert in South America. Both of these sources were limited and a new way to produce nitrogen was needed.

One of the great steps forward for humanity was the ability to make ammonia (NH3) by chemically fixing atmospheric nitrogen. Without this process, the Haber-Bosch process, Earth can only sustain only about 4 billion people, currently there is 7.7 billion people on Earth.

Fritz Haber, a professor of Physical Chemistry and electrochemistry, developed a successful way to synthesize ammonia in his laboratory. Carl Bosch, a chemical engineer, improved the synthetic scheme and turn it into an industrial enterprise. The Haber-Bosch process was the breakthrough that allow humanity to avoid famine by removing the main limit on crops yields and allowing the increase of global harvests. Haber won the 1918 Nobel Prize in Chemistry for his discovery and Carl Bosch won the 1931 Nobel Prize for the development of high-pressure methods in Chemistry.

The reaction appears simple, N2 + 3H2 <—-> 2NH3. However, high pressure (100 atmospheres), catalysts (iron with other minerals), and high temperatures (above 3,000C) are required for the reaction to happen. The Haber-Bosch process has been used since the 19 Century, this industrial nitrogen has entered the food web and today’s plants and animals including humans, have in our bodies nitrogen produced synthetically. Today the Haber-Bosch system is used with improvements that make the process more efficient. This was truly a great advancement that changed the world.

Plugin to the Owlet’s Resources for Teachers