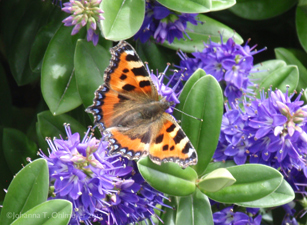 Ebola is a viral disease that periodically triggers epidemic outbreaks in many countries of sub-Saharan Africa. The Ebola and Marburg viruses are two Filoviruses that cause hemorrhagic fevers in human and non-human primates with very high mortality rate. The Ebola viral infection is characterized by immune suppression and wide systemic inflammatory response that can lead to multi-organ failure and death. The lack of appropriate primary care, preventive vaccines, and treatment contribute to the serious health threat of this infectious disease.

The infectious agents of Ebola are filamentous, non-segmented, negative-strand RNA enveloped viruses. The viral genome is about 19Kb and codes for a RNA-dependent polymerase, a nucleoprotein, a glycoprotein and four structural proteins. The viral glycoprotein forms a trimer at the surface of the virus envelop, and it is the target for neutralizing antibodies being developed. During Ebola infection the infected cells secrete a vast amount of its viral glycoprotein. It is thought that the extracellular viral glycoprotein masks the infected cells and helps the virus to evade the adaptive immune response of the host. Another way Ebola counteract the host immune response is via two of its four structural proteins. VP35 and VP24 block interferon induction in the host resulting in an early inhibition of one of the most important components of the host innate immunity.

Within the Filoviriade family, two genera are recognized, Ebola and Marburg viruses. The Ebola genus comprise of at least five species of virus with different degree of infectivity and disease outcome. Different species of Ebola causes somewhat different clinical manifestations. The Zaire Ebola virus species is the most virulent as it has the highest case fatality rate of 90%. Followed by the Sudan Ebola virus with a 60% fatality rate. The transmission of Ebola occurs by direct physical contact. During outbreaks, human infections seem to occur by direct contact with infected patients or cadavers. Cultural and social considerations such as the need to care and to hold affected or dead relatives contribute to the spread of the infection. The Ebola virus enters the body via small cuts in the skin, mucosal surfaces, and by parental introduction sometimes due to reuse of needles in poor health centers. The virus preferentially targets lymphoid tissues, primarily monocytes and macrophages. These cells move to the lymphatic nodes and from there, spread the virus through out the body via circulating in the lymphatic system. By this means the virus is delivered to the liver, spleen, and through the blood to other tissues. After an incubation of 2-21 days, an abrupt onset of flue-like symptoms appear including fever, malaise, chills, rash, and myalgia. This is followed by multisystem compromise involving vascular, respiratory, neurological, and gastrointestinal manifestations. At the peak of the disease multi-organ failure, shock, and sepsis occur. Non-fatal or asymptomatic patients have fever for several days but they mount an immunological response by day 6-11 that is associated with an inflammatory response. This observation suggest that a treatment strategy would be to decrease viral replication early enough in order to give the patient’s immune system the opportunity to mount a response.

Since the Ebola outbreaks had been reported, efforts to identify the natural reservoirs and manner of transmission have increased. The Ebola virus outbreaks have been linked to bats by molecular, serological, and virological studies. In one study about 3000 animals were collected and found that small mammals, birds, reptiles, amphibian and invertebrates were refractory to infection. However bats could be infected, they could replicate the virus, mount an immune response, and survive the infection. Other evidence for linking bats to Ebola outbreaks are: viral RNA detection in healthy bats in the field, multiple transmission events are linked to caves where bats live, viral replication in bat cell lines, and evidence of anti-Ebola antibodies in three fruit bat species. In addition, in some areas the use of chimpanzee or bats for consumption have been linked to Ebola outbreaks. It is know that primates have a role as potential reservoirs since the virus have been found in them and humans have been infected by contact with infected apes carcasses. However primate populations are also being devastating by the Ebola outbreaks, the number of chimpanzees has decreased by 80% in Central Africa and this has been linked to Ebola. Thus it is unlikely that the decreasing populations of primates are the primary and sole reservoir for infection.

At the moment there is no approved vaccines available and early experimental therapeutics are not ready to combat Ebola outbreaks. The present measures involve quarantine and barrier protection to stop the transmission of the infection. Usually patients looking for medical attention display unspecific symptoms and the initial approach consists of antibiotics and antimalarial drugs, as well as analgesics, antipyretics, and antidiarrheal drugs. The lack of infrastructure, the austere setting in which most of the outbreaks happen, and fear of infection, makes it difficult to provide effective care to these patients. The current treatment is limited to supportive care, the patients are maintained hydrated and measures are taken to address the symptoms such as counteracting hemorrhage. Other measures such as passive immunization using serum of convalescent patients has been use but the results are controversial. There are several treatments being tested in non-human primates. Antisense RNA interference that disrupts transcription or viral replication has been tested in rodents and non-human primates infected with the Zaire Ebola virus with some success. However this has not been used for in human beings. Also the use of recombinant proteins aimed to treat the clinical symptoms of sepsis and coagulopathy are being developed. One strategy is to slow down viral replication until the innate and adaptive immune system can mount a response. Since suppression of the interferon signaling is crucial for Ebola infections, boosting this pathway is being considered a therapeutic approach. There are several treatments that are being investigated but not yet approved for use in treatment. A preventive measure being intensively pursued is the production of Ebola virus vaccine by using recombinant technology. The use of these treatments is controversial because in order to use a drug in patients, safety, efficacy has to be demonstrated in humans. However, the nature of epidemics is such that rapid and effective measures need to be taken to control them and save the patients lives. Indeed there is a fast track approved biological, antibodies against the virus, which has been used in some patients with success.

It is impressive how the international community is responding to the West Africa Ebola outbreak; new therapeutic advances are being produced as fast as possible. Two companies, one in Germany and in the USA, are developing small, inexpensive, and easy to use diagnostic test to detect people that is infected with the virus. These instruments look like the kits for pregnancy tests. All that it is needed is a prickle on the finger, a small drop of blood in the instrument’ stripe, and very simple diagnostic elements. If the person has the virus in his or her system, antibodies in the test stripe will detect them and a color line will appear. This new technological advance is important because the patient does not have to wait until the symptoms appear before care is given. In addition, health workers can access remote villages and screen for infected patients. Rapid identification, isolation, and care of the patients could help contain the outbreak.

In the Scientific Press:Bird Evolution, Plastic pollution, Climate change, Biodiversity, What lies beneath Yellowstone, Microbial scent increases mosquito attraction
The Human Senses: HearingThe auditory system transforms sound waves into neural activity. All vertebrate auditory systems have commonalities as well as differences…..
Chemistry: The Elements ScandiumScandium is plentiful in outer space. The visible spectra of the Sun and certain other stars identified strong bands arising from this element…
The Human Senses: TouchLesson Plan: The sensory system has evolved to inform us about our surroundings. We can use touch to navigate in the world, to communicate, to search for food,…..
News: Sleep (Part 2)How does sleep impact memory and learning? Part 2 of our Sleep review centers on the restorative functions of sleep and the effects of lack of sleep.